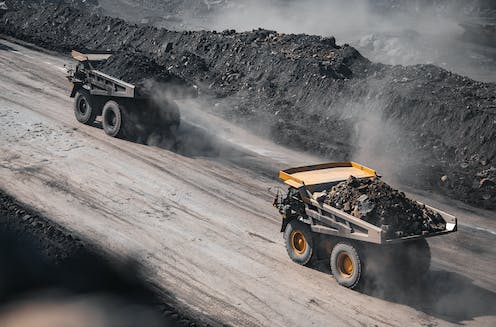 The COP26 climate negotiations are just weeks away, and the tide is now turning against international finance of coal-fired power generation. The implications for Australia cannot be ignored.

China, Japan and South Korea have been three of the largest public funders[1] of overseas coal projects, pouring billions of dollars into new coal-fired power plants across the Asia-Pacific. This has enabled a wave of coal projects in Bangladesh, India, Indonesia and Vietnam.

But in recent months, the three funding nations have each made public statements[2] about curtailing[3] or ending[4] taxpayer support for new international coal power. It follows a pledge[5] in May this year by the G7 nations, which includes Japan, to stop financing unabated overseas coal power generation by the end of 2021.

For Australia, the writing is on the wall – the world is moving away from coal power, and we must follow suit.

Between 2010 and 2019, Japan channelled around US$2.98 billion[6] in overseas development finance to coal-fired generation in the Asia-Pacific.

For example, the Japan Bank for International Cooperation supported the development of Indonesia’s PLTU Tanjung Jati B power station[7], along with a consortuim of private lenders.

Governments that lend to overseas coal power generation projects say it helps alleviate energy poverty[8], or a lack of access to energy in developing nations.

Yet reaching global emissions-reduction targets partly depends on slowing the pipeline[9] of coal power generation, including in Southeast Asia. So while investing in coal projects in developing nations might boost access to energy in the short term, the climate consequences are much worse.

A second driver of overseas coal financing is to give companies from the financing country a competitive edge[12] internationally.

State-backed financing bodies can provide direct loans, insurance and guarantees, known as export credits[13] to foreign buyers. This can help improve the competitiveness of infrastructure exports, such as power plant technology, from companies in the financing country.

China’s aggressive use of export credits to support its companies abroad, including in the coal industry, has been one reason why countries like Japan and South Korea continued to do the same.

Read more: 5 reasons why the Morrison government needs a net-zero target, not just a flimsy plan[14]

Local fishermen sit along the Ennore creek as smoke billows from the chimney of a thermal power plant near Chennai, India. EPA/Idrees Mohammed

But China, Japan and South Korea are now looking to move away from public support for financing new international coal projects.

The development also raises a tantalising possibility: countries like China, Japan, and South Korea may compete to finance large-scale renewable energy projects, such as offshore wind, in developing countries.

Such a development would be welcome, given the worrying signs[16] that the deployment of renewable energy in developing countries is too slow to reach global climate targets. It would also help improve energy access in recipient countries.

What this means for Australia

Australia is the world’s second-largest exporter[17] of thermal coal, and China, Japan and South Korea are its top three export markets.

These three industrial powerhouses recently announced net-zero emissions targets, and Japan and South Korea have also ratcheted up their near-term ambitions for emissions reduction. This implies their imports of coal, including from Australia, have peaked.

But the move away from overseas coal financing also sends an important signal that international support for the coal power pipeline is coming to an end. Clearly, clinging to coal is now not just bad for our climate, but bad for our economy too. As our major trading partners in the Asia-Pacific move to compete in supporting the energy transition, so should we.

Australia must seize[18] the opportunity to become a renewable energy exporter. There will be great benefits[19] through Australia becoming a primary exporter of clean electricity, hydrogen and critical minerals to Asia and beyond.

COP26 is a chance to show the world Australia is embracing a low-emissions future. However, this will require Australia adopting a strong emissions target for 2030 and backing it up with policies for today, not for 2050.

The longer we wait, the more we will lose as other nations gain a competitive advantage in the industries, technologies, and markets that will drive a clean energy transition.

Read more: A promising new dawn is ours for the taking – so let’s stop counting the coal Australia must leave in the ground[20]