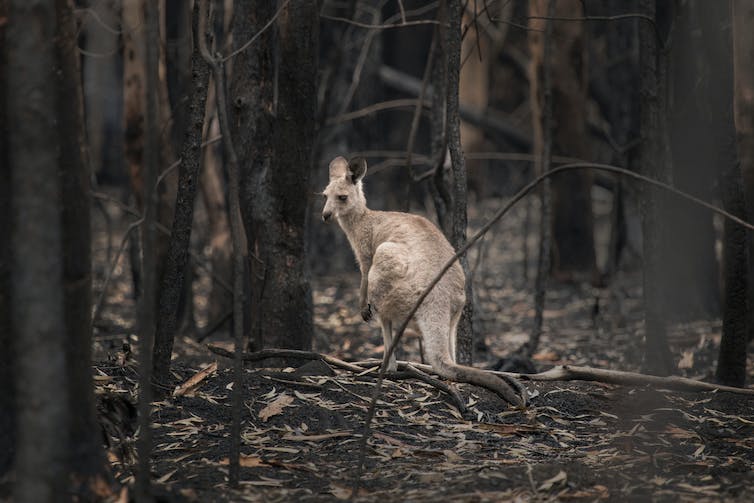 A week from today, a crucial round of United Nations climate change negotiations will begin in Glasgow and the stakes could not be higher. By the end, we’ll know how far nations are willing to go to address humanity’s biggest challenge.

So is COP26 on track for success? There are reasons to be hopeful.

More than 100 countries, including China, the United States and United Kingdom, have already pledged to reach net-zero emissions. Globally, renewable energy is booming[1], the tide is turning[2] against fossil fuels, and the economic costs[3] of not acting on climate change are becoming ever more obvious.

But if history has taught us anything, no country at the summit will agree to do more on climate change than it believes it can do at home. In other words, domestic politics is what drives international negotiations.

What will happen in Glasgow?

The first COP, or Conference of Parties, was held in Berlin in 1995. About a quarter of a century later, it will meet for the 26th time.

COP26 will determine the direction of key aspects of the fight against global warming. Chief among them[4] is how well nations have implemented their commitments under the Paris Agreement to limit global warming to well below 2℃, and the extent to which they will increase that ambition.

Other issues on the agenda include climate finance to developing nations, adaptation to climate change and carbon trading rules.

Starting on October 31, hundreds of government delegates will attend for two weeks of complex and intense negotiations over the specific text of the agreement.

Typically, what delegates can’t sort out is left to political leaders, who negotiate the thorniest issues. Historically, final agreement occurs in the wee hours of the final session.

Outside the convention centre is the unofficial COP, which is more like a world climate expo. Thousands of representatives from business, civil society and elsewhere — from bankers and billionaires, to students and survivalists – gather for panel discussions, exhibitions and protests.

Global climate talks involve people from all around the globe with different interests, preferences, and mandates (what negotiators sometimes call “red lines”). As you can imagine, progress can be slow.

Almost 200 nations are signed up to the Paris Agreement, and agreement is by consensus. That means just one country can hold up progress for hours or even days.

Cynics – more often than not, those wanting to delay climate action[5] – claim the whole process is nothing more than a talk shop.

It’s true, talk is slow. But it’s also much better than coercion, and without the negotiations countries would face much less pressure to act. It’s also true that over the last 25 years, these negotiations have redefined how the world thinks and acts on climate change.

After all, it was the COP in Paris that tasked the Intergovernmental Panel on Climate Change to provide a special report[6] on the impacts of global warming of 1.5℃ above pre-industrial levels. Its findings reverberated around the world.

But since the Paris Agreement was struck, global emissions have continued to rise, even with the impacts of COVID-19. COP26 is a major test of whether the world can turn this around and avert runaway global warming.

Read more: Fossil fuel misinformation may sideline one of the most important climate change reports ever released[8]

For the Glasgow summit to be deemed a success, a few things need to go right. First of all, countries need to commit not simply to net-zero targets by 2050, but stronger targets for 2030. Without them[9], there’s zero chance the world will hold the rise in global temperatures to 2℃.

Major emitters will also need to support developing countries with the finance and technologies to enable them to transition to clean energy and adapt to climate change impacts, including severe flooding and prolonged droughts.

Other issues, such as rules around international carbon markets, will also be on the agenda, but even the most robust carbon markets are unlikely[10] to deliver emissions cuts at the speed scientists warn is necessary to avert disaster.

There are signs of hope. The US has been, historically, the most important player in the international negotiations, and President Joe Biden has outlined the most ambition climate plans[11] in the nation’s history ahead of the Glasgow summit.

The US, together with the UK, the European Union and a host of smaller countries, including those in the Pacific[12], comprise a strong and influential coalition of countries gunning to limit warming to 1.5℃.

Read more: Biden says the US will rejoin the Paris climate agreement in 77 days. Then Australia will really feel the heat[13]

So what stands in their way? Well, what countries are willing to commit to in Glasgow is not so much a function of what happens in Glasgow, but of domestic politics[14] in their capitals.

This is why Democrats in Washington are feverishly working to ensure Biden’s massive budget bill[15], which includes measures such as a clean electricity program, makes its way through Congress. The bill is vital to the president’s commitment to halve emissions by 2030.

It’s also why astute observers have been fixated on well-known climate laggards heavily reliant on fossil fuels, such Brazil, Russia, and Australia, to see whether any domestic political developments might lead these nations to commit to more ambitious targets by 2030.

International negotiations are often referred to as a two-level game[16]. Changes at the domestic level can enable new and, hopefully, ambitious realignments at the international level.

Will these realignments occur? We don’t have long to find out, but at the domestic level in many nations, there has never been a worse time to advocate for fossil fuels – and this should give us all hope that action on climate change is more likely than ever.

Read more: Asia's energy pivot is a warning to Australia: clinging to coal is bad for the economy[17]