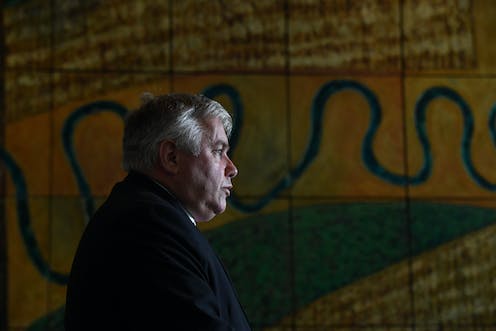 The Morrison government has been dealt a blow with the Administrative Appeals Tribunal ruling national cabinet is not a committee of federal cabinet and therefore is not covered by cabinet confidentiality.

This means its documents are accessible under freedom of information legislation. The federal government had argued that, as a cabinet committee, it was exempt from FOI.

The challenge to national cabinet secrecy was brought by crossbench senator Rex Patrick.

In his judgment, federal court Justice Richard White said: “The mere use of the name ‘National Cabinet’ does not, of itself, have the effect of making a group of persons using the name a ‘committee of the Cabinet’.

"Nor does the mere labelling of a committee as a ‘Cabinet committee’ have that effect.”

White rejected the government’s argument the prime minister had the ability to determine what a cabinet committee was.

“This seemed tantamount to a submission that any committee may be a ‘committee of the Cabinet’ for the purposes of the FOI Act merely because the Prime Minister of the day has purported to establish it as such. This premise is unsound,” White said.

Patrick said the decision was “a decisive win for transparency and accountability”.

He said what Morrison labelled “national cabinet” was a faux cabinet – in effect, the former Council of Australian Governments by another name.

“For almost 40 years Australians have had a legal right under the Freedom of Information Act 1984 to access information relating to intergovernmental meetings, subject only to a test of public harm,” Patrick said.

Morrison had tried to take that right away, he said.

“He did not ask the Parliament to change the law, he just declared that National Cabinet to be part of the Federal Cabinet and as such exempt under the Cabinet secrecy exemption of the FOI Act.

"That arrogant declaration has now been overturned,” Patrick said.

He said this now “opens the vault” including to documents of the Australian Health Protection Principal Committee, which advises national cabinet.

Shadow attorney-general Mark Dreyfus said the ruling rejected what had been a “tricky marketing ploy” by Morrison. The government was “addicted to secrecy”, he said.

The government can appeal the decision. There is a stay of 28 days before it has to hand over to Patrick the documents he sought.

The judgment, unless overturned, will mean the Senate’s COVID committee will be able to seek access to information it has been refused on confidentiality grounds.

An Australia Institute poll done in May found 58% of people supported allowing national cabinet documents to be accessible via FOI requests.