As the government looks for ways to address the toxicity of Australia’s parliament for the women who work there, it’s important to consider the underlying issue that pervades Australian politics: male privilege.

In making public allegations of rape by a colleague, former parliamentary staffer Brittney Higgins identified what needs to be done to protect women in the future — a review of the Members of Parliament (Staff) Act[1] and an independent body to handle complaints.

The precarious nature of staffers’ employment has been identified as a key issue[2] in the power imbalance that can leave employees vulnerable to bullying and abuse, with nowhere to turn.

Read more: Why political staffers are vulnerable to sexual misconduct — and little is done to stop it[3]

But these matters have been aired before, most recently in November, when the Four Corners report Inside the Canberra Bubble[4] put the spotlight on the behaviour of two senior Cabinet ministers, Alan Tudge and Attorney-General Christian Porter.

In a workplace of lawmakers, why is it so hard to make changes to the way parliament operates? And how can we implement the necessary policy reforms to improve gender equality?

Unpacking privilege: what our research finds

Our research points to male privilege as the key stumbling block - and shows how it entrenches women’s disadvantage.

In a new paper[5], we examined two male-dominated workplaces in Australia — politics and construction. Instead of focusing on women’s under-representation in these fields, we looked at it from the viewpoint of men’s over-representation and privilege.

In both sectors, male privilege acts as a barrier to the attraction, retention and progression of women. We found this playing out in three different ways.

1) A culture of denial

In the construction sector, the culture of denial keeps women from being recruited into jobs. When asked about the lack of gender diversity in the sector, men typically respond by saying, “Women don’t want to work in the jobs that we work in”.

In politics, the culture of denial often takes the form of “turning a blind eye”. In many cases of sexual assault, including this latest matter relating to Higgins, senior staff have been made aware of complaints of sexual harassment and abuse, but none responded appropriately.

In the majority of these cases, women who have been victimised leave their jobs, further entrenching those in power who fail to take these matters seriously.

2) Perceptions that rules are neutral and applied objectively

In both of these male-dominated arenas — construction and politics — there is a narrative that rules and procedures are gender-neutral and applied objectively. However, this prevents any serious questioning of the rules themselves.

The fact there are no codified rules or sanctions in parliament to address sexual harassment and assault is just one example of how this plays out. Both professions are geared around men’s expectations and the view that their experiences are universal.

There’s no shortage of examples[6] of the backlash[7] to the growing presence of women in Australian politics.

In a 2019 speech about the Liberal Party’s “women problem”, former Prime Minister Malcolm Turnbull admitted[8] that reform was needed to recruit more women.

At the same time, he anticipated that moves towards quotas would be made difficult by backlash at the grassroots level from Liberal Party members. 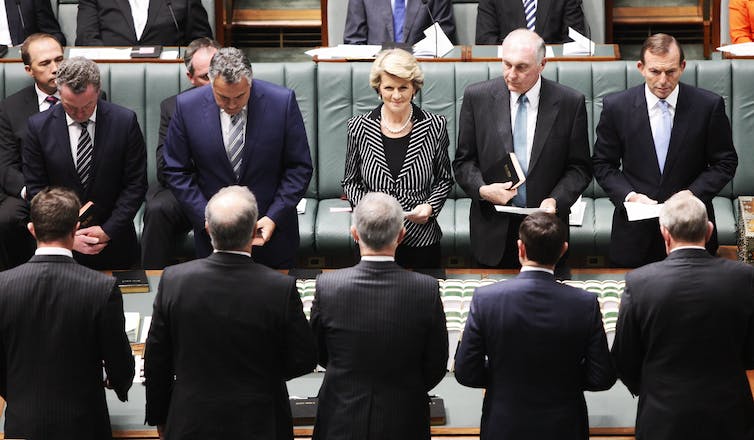 Male over-representation was perhaps no more evident than in Tony Abbott’s cabinet in 2013. Daniel Munoz/AAP

It’s time to stop tinkering around the edges

In response to Higgins’ allegations, Prime Minister Scott Morrison has initiated three inquiries[9]. They will focus on a new code of conduct for Coalition MPs, a mechanism to enable staff to make complaints externally and the working culture of parliament more broadly.

Leaving aside concerns about the independence of these inquiries, what is most important is they get to the heart of the structural issues that keep male privilege intact. 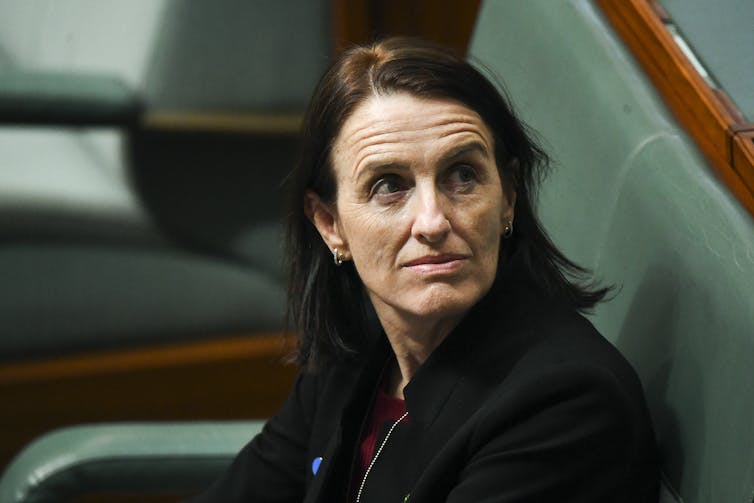 There are some good examples overseas of steps to support this kind of institutional change.

The first step would be the introduction of an independent reporting system for all parliamentary members and staff – one that protects the anonymity of the person reporting a complaint and is enforceable with sanctions.

Read more: Is Canberra having a #metoo moment? It will take more than reports of MPs behaving badly for parliament to change[10]

In New Zealand, the parliament is also grappling with these issues. The 2019 Francis report[11] found widespread bullying and harassment in the parliamentary workplace there, as well as allegations of sexual assault and racism.

The parliament is making progress on implementing the recommendations of the report, including a code of conduct to make parliament a safer workplace[12]. 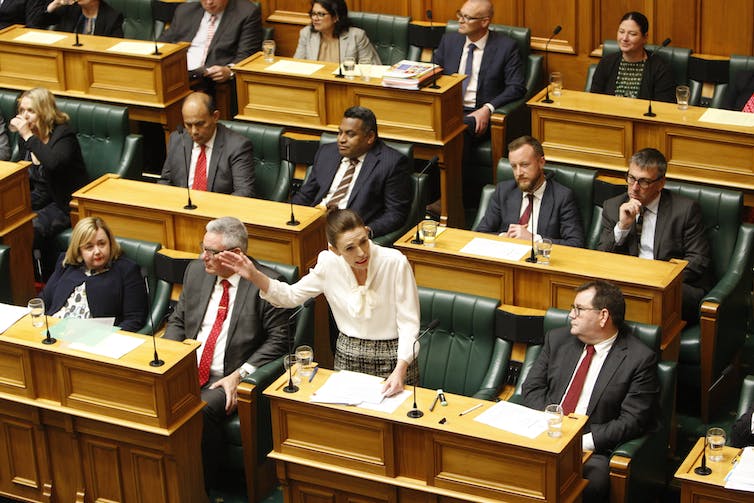 New Zealand’s current parliament is the most diverse in the nation’s history, with nearly 50% of seats held by women and 21% by Māori MPs. Nick Perry/AP

In the UK, Professor Sarah Childs, a gender and politics expert, published a comprehensive report[13] on women’s representation and inclusion in parliament in 2016. It provides a blueprint for reform, with recommendations including cross-party agreement on unacceptable and unprofessional behaviour in the House of Commons.

In 2019, the Inter-Parliamentary Union, a global organisation of national parliaments, also published guidelines[14] on eliminating sexism and gender-based abuse from parliaments.

It detailed five important elements for handling complaints. Such systems must be

Read more: View from The Hill: Linda Reynolds feels the lash after Scott Morrison says he was blindsided by rape allegation[15]

The male privilege in Australia’s parliament has given its members such a sense of exceptionalism, they seem to think the standards of the corporate office or roadworks site should not apply to their workplace.

But there’s no reason why conduct that would be banned on a construction site should be treated any differently inside Parliament House. Whether a woman wears a hardhat or a lanyard, both have an equal right to safety at work.