Defending previous comments[1] in which he compared the Capitol riots to the Black Lives Matter protests, he asserted[2],

McCormack was widely condemned[3] for his remarks, including by Indigenous Australian activists[4], Labor and the Greens.

His use of the phrase was reminiscent of One Nation leader Pauline Hanson’s failed attempt[5] to have the Senate endorse a motion that “all lives matter” in 2019. As former Finance Minister Mathias Cormann noted at the time[6], “you have to consider things in their context”.

As a linguist, who has just published On The Offensive[7], a book about offensive language, “all lives matter” is a phrase that reveals prejudice.

“All lives matter” was born out of “Black Lives Matter”. This is a slogan and a social movement in response to racism and violence perpetuated against Black people, both historically and in the modern era. 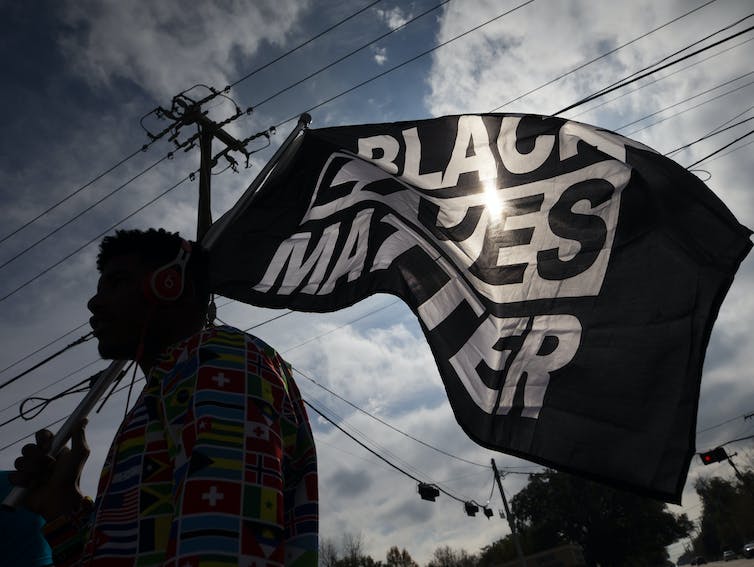 This can be traced back to a tragic incident[8] almost nine years ago. In February 2012, 17-year-old African-American Trayvon Martin was walking home in Florida, after buying Skittles at a convenience store.

Local resident George Zimmerman reported Martin to police as “suspicious”, then confronted the innocent young man and fatally shot him. Zimmerman claimed the act was in self-defence and was later acquitted[9].

After this, the hashtag #BlackLivesMatter began to appear on social media, in support of Martin and in protest against social and systemic racism — that is, racism in society and through institutions. This grew into a movement[10], co-founded by three Black community organisers[11], Alicia Garza, Patrisse Cullors, and Opal Tometi.

Concerns and anger about racism towards Black people was reinvigorated more recently after several high-profile, racially charged incidents in the US.

These include the murder of 25-year-old Ahmaud Arbery[13], a Black man who was shot while jogging in a south Georgia neighbourhood, and also the murder of George Floyd[14].

These tragic events inspired worldwide protests against institutional racism[15]. In Australia, Black Lives Matter marches also called for justice for Indigenous people, including Aboriginal man David Dungay Jr[16], who died in custody in 2015. There have been more than 430[17] Indigenous deaths in custody since 1991.

What does it mean to say “all lives matter”?

When the Black Lives Matter motto arose, some people interpreted the phrase as confrontational and divisive[18]. They took it to exclude other races. The phrase “all lives matter” sprang up in response, ostensibly to argue all lives are equal because we are all human beings.

Not a straightforward phrase

Responding to “Black Lives Matter” with “all lives matter” derails the specific conversation about racism against Black people. The phrase is seen to dismiss, ignore, or deny these problems — it shuts down this important discussion.

US President Donald Trump[22], Vice President Mike Pence[23], and other US conservatives like Rudy Guiliani[24], have used the phrase to criticise the Black Lives Matter movement.

Through its use, “all lives matter” has also become associated with white supremacy[25], far-right nationalism and racism.

Black Lives Matter is intended to promote the peaceful protest of racism against Black people, not only in the US, but worldwide. It also calls for immediate action against systemic and social racism. 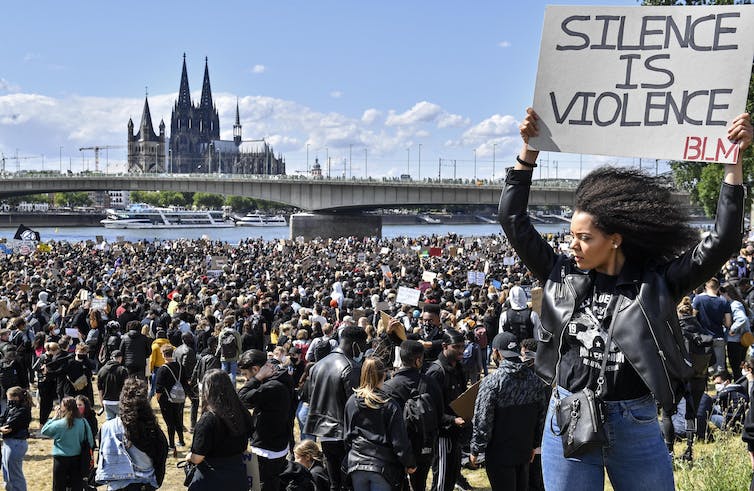 People around the world have marched in support of Black Lives Matter. Martin Meissner AP/AAP

When used by Black people, “Black Lives Matter” is a declaration that Black lives do indeed matter. It is a call for protection and recognition.

When said by allies — supportive people outside of the racial group — “Black Lives Matter” acknowledges that Black lives do indeed matter, and says we stand in solidarity with members of Black and indigenous communities both locally, and globally.

So, “all lives matter” can be understood as a racist dog whistle — a direct push-back against the Black Lives Matter movement. It is far from an innocent term celebrating the worth of all humanity.