2020 has been a challenging year. For some challenges, such as the coronavirus, a light is appearing at the end of the tunnel. But for others, the true consequences may be only beginning to appear.

This is perhaps no more true than in the assault on political legitimacy. In 2020, this was threatened by forces on opposite sides of politics: cancel culture on the left and conspiracy theories on the right.

Each poses a serious threat, as a collapse in political legitimacy means people think the normal rules don’t apply anymore, making the world a more difficult and even dangerous place for all of us.

What is political legitimacy?

What exactly is political legitimacy and why is it important?

Let’s start with a definition of legitimacy[1]. Legitimacy, in this context, refers to whether we should accept a decision, rule or institution.

It doesn’t require wholehearted agreement. For example, we might think a workplace decision is misguided, but decide that as an employee we should go along with it anyway.

Political legitimacy[2] refers to the legitimacy of laws and authorities in the eyes of the people. It allows rules and public institutions to function effectively.

We will never all agree on exactly what the law should be — particularly in pluralistic societies. However, we can all agree that democratic decision-making is an appropriate way to make laws.

Of course, legitimacy has limits. If a democracy votes to enslave an ethnic minority, this wouldn’t be acceptable. Legitimacy only works when the outcomes are tolerable.

The perils of cancel and call-out culture

The terms “cancel culture[4]” and “call-out culture” — which became ubiquitous in 2020, particularly on the political left — refer to practices of shutting down, shaming or deterring those who are perceived to speak in offensive or harmful ways.

Examples abound[5], but one notable case[6] occurred during the Black Lives Matter protests against police brutality in the US in May.

Political analyst David Shor tweeted a summary of a Black Princeton professor’s research about the historical impact of violent protests on Democratic voting. When called out for perceived anti-Blackness[7], Shor apologised, but was nevertheless fired.

Read more: Is cancel culture silencing open debate? There are risks to shutting down opinions we disagree with[8]

More recently, employees at Penguin Random House in Canada[9] lodged an official protest at the news that a sequel to Jordan Peterson’s bestseller, 12 Rules for Life, would be published. It echoed an earlier employee-led revolt[10] against the publication of J.K. Rowling’s new children’s book. 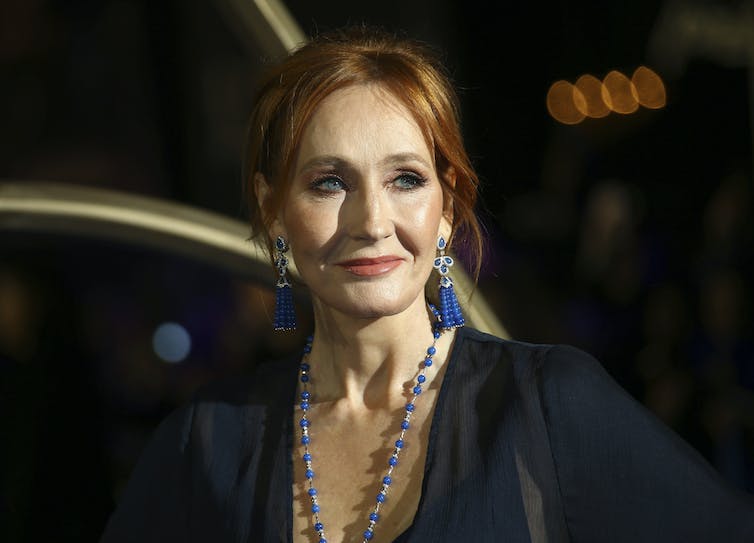 Rowling was ‘canceled’ by many for a tweet that was seen as transphobic. Joel C Ryan/AP

Stifling and shutting down controversial voices, such as Peterson and Rowling, presents two challenges to political legitimacy.

First, it prevents inclusive dialogue. Those in the minority on any issue can no longer console themselves with the fact that at least they had the opportunity to say their piece and have their views considered. Instead, they are silenced and excluded.

Second, the idea that voters on the right have not just wrong, but harmful views poses a further threat to legitimacy.

Why should progressives respect democratic outcomes — such as the victories of Republican legislators in the 2020 US elections, or Trump’s win in 2016[11] — if these outcomes simply reflect what they perceive as the manifestly intolerable views of millions of conservative voters?

From the opposite side of politics comes another threat: conspiracy theories.

To be sure, conspiracies do occur[12], but they are usually confined to close-knit groups at single organisations that excel at secrecy (for example, intelligence agencies).

Even setting aside QAnon’s wacky beliefs[13], the idea peddled by outgoing President Donald Trump that the US election was stolen is far-fetched. No tangible evidence has been presented for this claim. 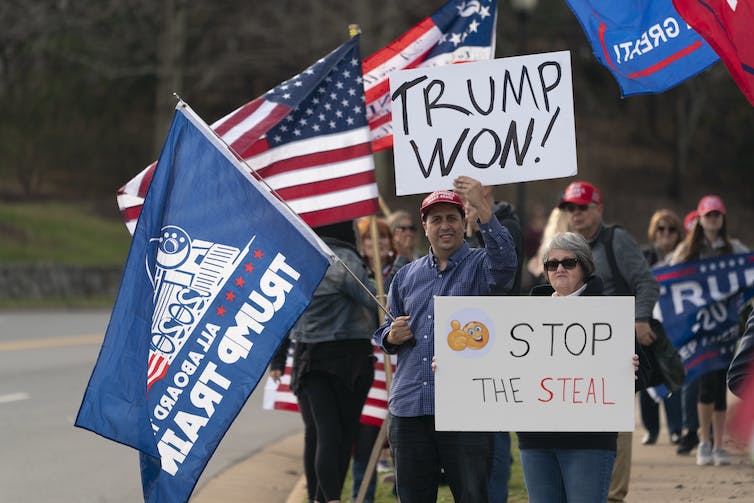 Many Trump supporters continue to believe the election was stolen, despite no evidence of this. Chris Kleponis/POOL/EPA

In fact, many of the institutions certifying the result were run by Republican officials[14], while Republican-appointed judges have thrown out many Trump campaign cases brought to court. And though Joe Biden won the presidential contest, Democrats had an unexpectedly poor showing[15] in other races.

If Trump’s claim was true, such a conspiracy would have to be far-reaching (including both Republicans and Democrats) and powerful (leaving no evidence), while at the same time being stunningly incompetent (having forgotten to ensure Democratic victories in Congress).

Yet, this theory is extraordinarily popular[16], with the vast majority of the president’s 74 million voters believing fraud changed the election outcome.

This impacts political legitimacy because a stubborn lack of respect for evidence undermines public deliberative practices. It is impossible to find points of agreement when large-scale conspiracies throw so much into question.

Conspiracies about election results also threaten democratic legitimacy. If everything is controlled by a sinister cabal, then elections are a farce.

Worse, if one’s political opponents are seen as utterly evil — for example, cannibalistic Satanic child traffickers[18] — then not even authentic elections could legitimise their rule.

So, both conspiracy thinking and cancel culture can challenge the legitimacy of democratic decision-making.

But this is not all they have in common. Both are longstanding practices whose recent rise has been fuelled by social media. Both are personally rewarding, as they allow believers to position themselves as manifestly superior to others (the “deplorables[19]” or “sheeple[20]”).

Both views are also “self-sealing[21]” insofar as adherents shield themselves from contrary ideas and evidence (allowing groupthink[22] to flourish). 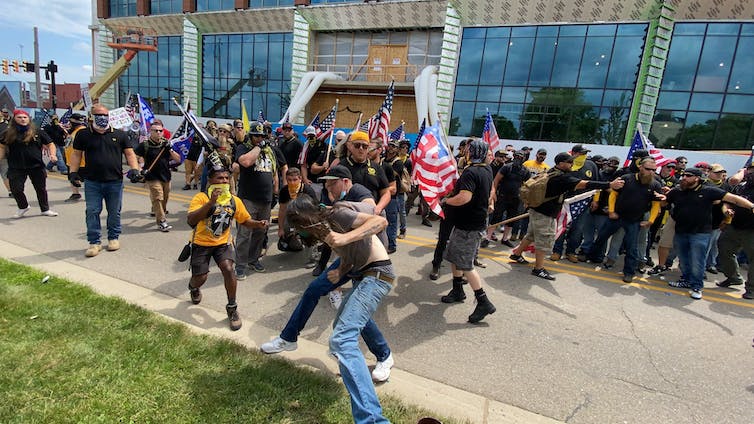 What can be done?

Even in Australia, commentators have observed the woeful state of political deliberation and its impact on trust in institutions. In the wake of the Banking Royal Commission, for example, Commissioner Kenneth Haynes lamented[24]

political rhetoric now resorts to the language of war, seeking to portray opposing views as presenting existential threats to society as we now know it.

Unfortunately, because these views are self-sealing, and because they attach to people’s chosen identities, there are no easy responses to them. 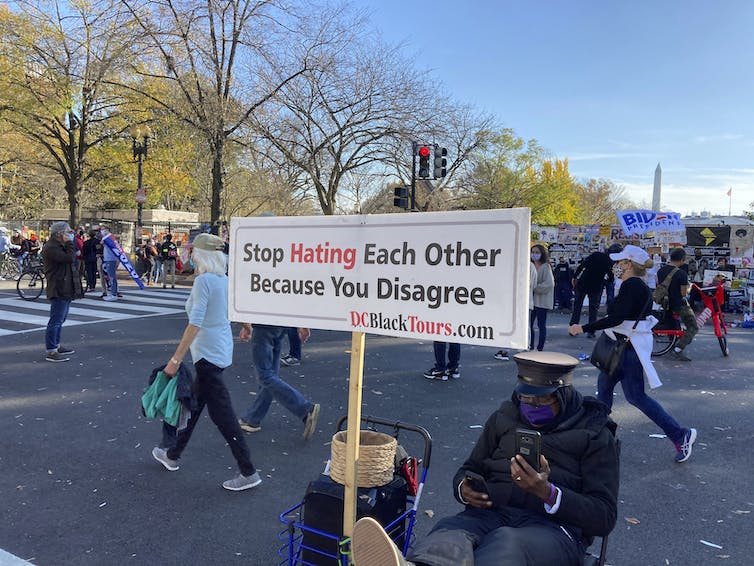 Many fear a loss of ability to even talk to people with differing political views. STRMX/AP

Still, these movements are not monolithic. Many from the left[25] have spoken out against political intolerance, and some Republican officials[26] in the US have stood up against Trump’s conspiracy theories.

Perhaps the best message as we enter a new year is to remain respectful and empathetic[27] to others.

At a base level, keep in mind that others may have legitimate concerns: conspiracies do happen and everyone has limits to what they will tolerate.

Rather than reacting with anger or mockery, or directly challenging someone’s position, it’s often best to enquire carefully into their views[28].

And if you disagree with them, rather than aiming to change their mind, instead try to sow a few seeds of doubt[29] that may lead to reasonable discussion and encourage later reflection.