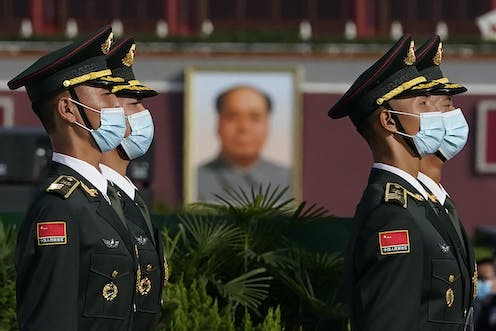 When the history of this latest low point[1] in China-Australia relations is written, both sides will be blamed for mistakes.

Australia is not without fault. However, China is primarily responsible for the continuing deterioration[2] in the relationship.

Its ruthlessness in asserting itself[3] far and wide, by fair means and foul, means there will be no going back to the status quo that prevailed before President Xi Jinping emerged in 2013 as China’s most nationalistic leader since Mao Zedong.

Likewise, Beijing’s crude use of trade sanctions[4] to penalise Australia for real or imagined slights signifies that a trading relationship born of mutual benefit risks being subject to persistent, politically-motivated interference.

This is the reality, whether we like it or not. China is done with “biding its time[5]” in line with former leader Deng Xiaoping’s advice in pursuit of its big power ambitions. It may no longer be correct to describe China as a “rising power”. The power has risen. 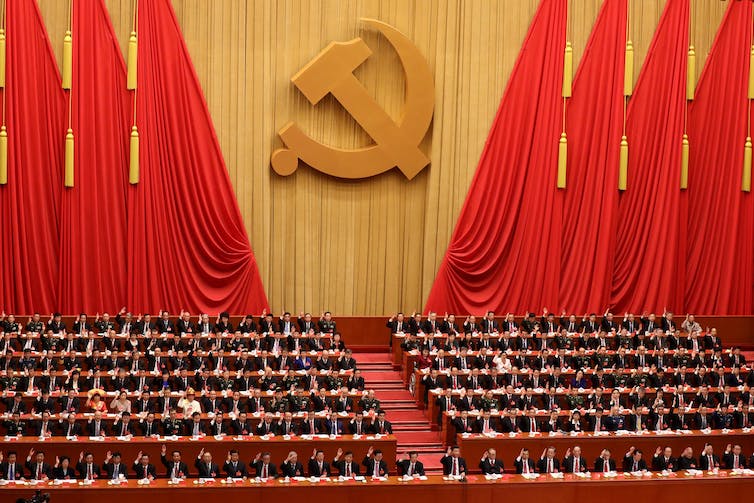 China has increasingly sought to exert its power since Xi came to power. Wu Hong/EPA

What is clear is that Canberra has vastly underestimated[6] the velocity of change in the Asia-Pacific region, and, more to the point, the costs associated with an attachment to old models for doing business.

This is not an argument for sliding away from the American alliance, the cornerstone of Australian security. Rather, a more realistic assessment is required of what is and is not in the national interest.

What is not in the national interest are policies that needlessly antagonise the nation’s dominant customer. Again, this is not making the case for excusing China’s bad behaviour, or somehow suggesting the customer is always right. It is simply saying that gratuitous provocations should be avoided.

The timeline below tracks the recent tensions between China and Australia. Multiple episodes stand out that have marked — and in some cases scarred — Canberra’s relations with Beijing since Xi came to power.

These moments have all contributed to the deterioration of the relationship to the point where Australia now risks long-term harm to its economic interests[8]. This is policy failure on-the-run.

Timeline of a fraying relationship

Three episodes have been particularly damaging.

The first and almost certainly the most scarring was the decision in early 2019 for Australia to take the lead role in lobbying its Five Eyes partners[9] to exclude the Chinese company Huawei from supplying technology for their 5G networks.

Australia’s decision to exclude Huawei[10] from its own 5G roll-out is one thing, lobbying others to follow suit is another. What possessed decision-makers in Canberra to take it upon themselves to put Australia at the forefront of a global campaign against China’s economic interests remains a mystery.

To say this decision enraged Beijing[11] would be an understatement, with the caveat that Australia had every right to exclude Huawei if it was deemed in the national security interest to do so. 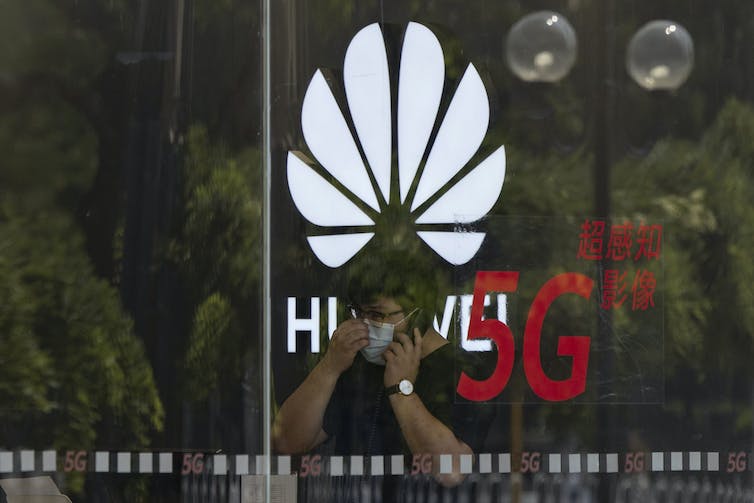 The US and UK have followed Australia’s lead in banning Huawei from their 5G networks. Ng Han Guan/AP

The second damaging episode involved Prime Minister Scott Morrison volunteering to lead the charge[12] for an investigation into China’s responsibility for the coronavirus that emerged in the city of Wuhan in late 2019.

Again, why Morrison took it upon himself to coordinate such an inquiry — when one was in train anyway under World Health Organisation auspices — is unclear. Beijing’s furious response might have been anticipated, with the editor of the state-run Global Times referring to Australia as the “gum stuck to the bottom of China’s shoe[13]”.

Read more: Murky origins: why China will never welcome a global inquiry into the source of COVID-19[14]

The third damaging episode involved Treasurer Josh Frydenberg’s decision to prevent the Hong Kong-listed China Mengniu Dairy from taking over the Japanese-owned Lion Dairy and Drinks[15] in a $600 million acquisition.

In rejecting Mengniu’s takeover bid, Frydenberg overrode advice from the Foreign Investment Review Board and Treasury — both of which had supported the deal.

This was a politically motivated decision to satisfy critics of the sale of Australian assets to Chinese entities. It certainly reinforced a view in Beijing that Australia’s foreign investment approval process is tilted against Chinese companies. 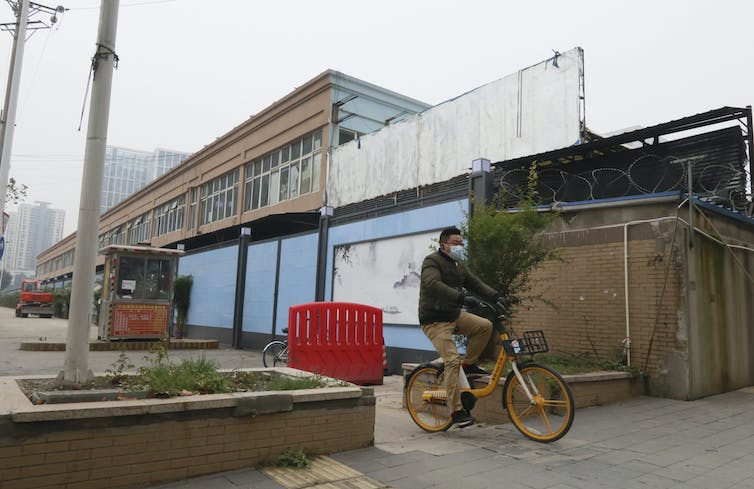 The closed Huanan seafood market in Wuhan, believed to be the epicentre of the coronavirus outbreak. Koki Kataoka/AP

Does the government actually have a plan for China?

Likewise, the government’s foreign relations bill[16] — passed by parliament this week[17] — can be read as an attempt to reinforce Canberra’s control over a panoply of relationships between Australian states, territories and educational institutions and their Chinese counterparts.

The government might pretend this is an omnibus bill aimed at asserting federal government oversight of the foreign policy-making responsibilities of the Commonwealth. But in reality it is aimed squarely at contacts with Chinese entities.

Victoria’s Belt and Road agreement[18] with Beijing is in the bill’s sights, along with the Northern Territory’s deal with the Chinese Landbridge Group[19] for lease of part of the Darwin port.

There is a central question in all of this: does the Morrison government actually have an overarching game plan for dealing with China, or is it simply stumbling from one crisis to the next? 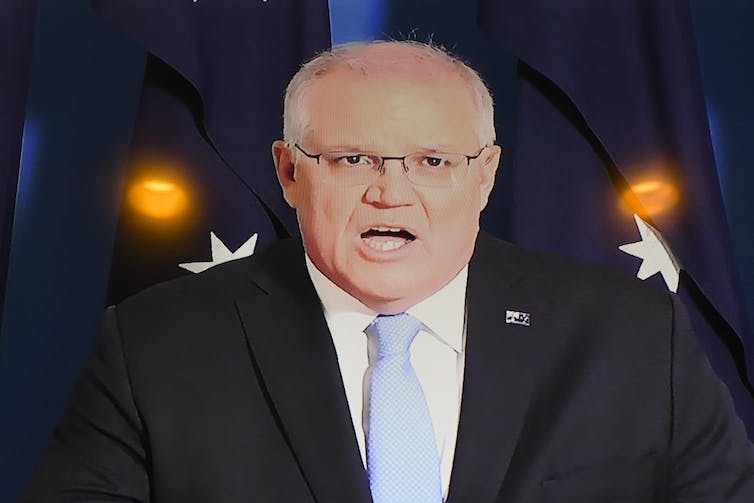 In the past week, Morrison has demanded an apology from China and sought a diplomatic reset. Lukas Coch/AAP

Those responsible for Australia’s foreign policy clearly have not been able to navigate treacherous diplomatic terrain and avoid the pitfalls that have brought Sino-Australian relations to an all-time low[20].

Morrison’s foreign policy team has also proved ineffectual at facing down pressures from those in the government’s own ranks[21] who have a particular animus towards Beijing. Such antagonism has proved to be a dead weight on constructive China policy-making.

This brings us to Morrison’s own reaction to the offensive tweet depicting a doctored image of an Australian soldier with a knife at the throat of an Afghan child. Soon after it was shared by a Chinese Foreign Ministry spokesman, Morrison went on television[22] to denounce both the official and the crude caricature.

Read more: What's behind China's bullying of Australia? It sees a soft target — and an essential one[23]

No one could reasonably object to the prime minister’s outrage. However, he should not have lowered himself to engage a Chinese spin-doctor in an argument about a graphic piece of Chinese propaganda.

This should have been left to Foreign Minister Marise Payne, or, better still, the head of the Department of Foreign Affairs and Trade. Morrison further compounded the issue by vaingloriously demanding an apology.

Morrison’s clumsy handing of the issue speaks to a lack of China literacy among his advisers.

The Australian media has also played a role in amplifying anti-Beijing viewpoints to such an extent, it has had a deadening effect on reasonable discussion about managing the country’s China policy more effectively.

The business community, for example, has been discouraged — even intimidated[24] — from voicing its opinion out of concern it would be accused of pandering to Beijing for its own selfish reasons.

Read more: Australia can repair its relationship with China, here are 3 ways to start[25]

All this adds to pressures on policymakers to pursue a one-dimensional “stand up to Chinese bullying” approach, not give ground and ascribe the worst possible motives to whatever China says or does.

This is hardly a substitute for a carefully thought-through, well-articulated, tough-minded approach to managing a highly complex relationship in the national interest.

As things stand, those in charge of framing Australia’s policies with China are failing to do this — and Australia’s best interests are clearly not being served as a result.