The federal government has declared its “independent assessments” plan for the National Disability Insurance Scheme “dead[1]”. But it has another plan to save money: get people with disabilities off welfare and into jobs.

It is committing A$3.5 million[2] to building a “dedicated job platform connecting people with disability with employers”. It hopes 100,000 job seekers and 45,000 businesses will be on it within 18 months.

There are similar technological fixes in the pipe for the broader Jobactive[3] employment services program. A new “digital services” model for job seekers is due to be rolled out from July 2022[4].

But technology is unlikely to achieve much without addressing the fundamental flaw in the government’s approach to helping those with disabilities or other disadvantages find jobs.

The problem with the system is that it premised on competition, not collaboration. This model of employment services, delivered by outsourced providers, seems to have mostly benefited the providers.

Read more: NDIS independent assessments are off the table for now. That's a good thing — the evidence wasn't there[5]

How the system works

DES providers are paid regular service fees and outcome fees when a client has a job for four, 13, 26 and 52 weeks. Ongoing support fees are paid for clients who need further assistance maintaining their employment.

Jobactive providers are paid when clients have been in a job for four, 13 and 26 weeks, at three different rates according to a client’s “job readiness”.

This system was introduced in the late 1990s by the Howard government, which shut down the old Commonwealth Employment Service. Competition was meant to improve the efficiency and effectiveness of employment services. Since then, however, the evidence it has largely failed has accumulated.

In 2019 a Senate inquiry[6] reported widespread perceptions the main outcomes were “generating income and employment within service providers”.

Gaming the system seems to be all too common, with the most disadvantaged (stream C job seekers) being “parked” while service providers focus on the “cream[8]” from stream A and B seekers, which pay less but are much easier to place. 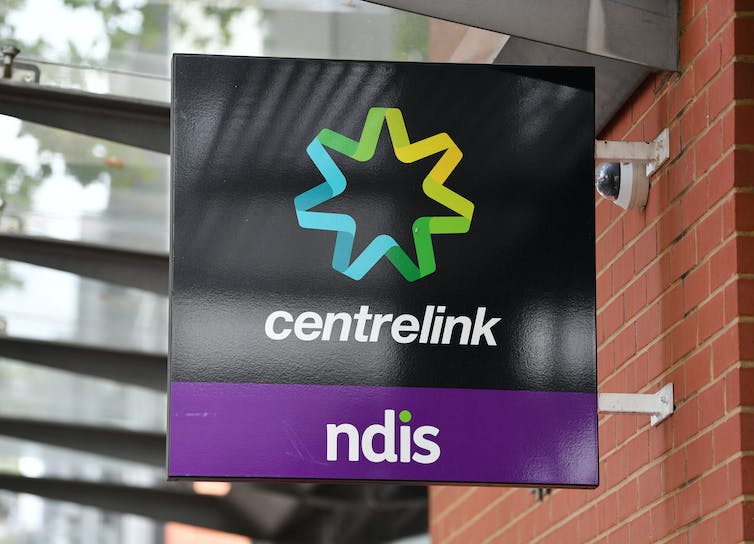 The Jobactive and Disability Employment Services programs are premised on the idea more competition will improve outcomes for disadvantaged job seekers. David Mariuz/AAP

In 2020 Boston Consulting Group came to similar conclusions after reviewing the Disability Employment Services program. Its report[9] was made public in May due to a Freedom of Information application by The Guardian[10].

Despite “reforms” in 2018 to make the system even more competitive, the review says, “significant concerns remain regarding the program’s efficacy and efficiency”.

Close to a third (28%) of the providers had more than doubled their revenue. The number of job seekers being employed for 26 weeks, however, increased less than 8% (from about 7,595 a quarter to 8,171).

According to data published this month by Michael West Media[12], since 2015 the federal government has paid the following to the five biggest DES and Jobactive employment service providers: $1.21 billion to Max Solutions; $667 million to APM/Serendipity; $606 million to Sarina Russo Job Access; $257 million to Neato Employment Services; and $221 million to Sureway Employment and Training.

I have seen through my own professional and academic practice — as a professor of construction management — how dysfunctional, fragmented and damaging this system is. I have also seen how some in the construction industry have stepped up to fill gaps in a system which fails them as much as the disadvantaged job seekers it is meant to help.

Construction is Australia’s fourth-biggest employer. About 1.15 million people[13], 9% of the total workforce, work in the sector. It is the largest employer of young people[14], the largest provider of apprenticeships[15].

With the federal government having committed A$225 billion to infrastructure projects[16] over the next four years, it is estimated[17] the sector will employ an extra 300,000 workers nationally by 2024.

So there are huge opportunities for industry to provide more jobs for those with disabilities and other disadvantages.

But this requires more than employment service providers just “going through the motions”. It needs a system of real engagement.

Most employers in the industry are small to medium-sized businesses. They worry about their margins and are averse to employing anyone they perceive as being a safety risk or less productive. Few have the knowledge and inclination to take risks on disadvantaged job seekers through the DES and Jobactive programs.

This is true generally. Just 4% of employers use the system to fill vacancies, according to federal government data[18].

Read more: This laundry is changing the vicious cycle of unemployment and mental illness[19]

How to overcome this?

One approach is to emulate an initiative by construction company Multiplex, which since 2010 has been developing “connectivity centres[20]” to increase employment opportunities for those from disadvantaged backgrounds.

The aim of this initiative is to support both job seekers and employers by reconnecting employment service providers and support services (such as in mental health, domestic violence and housing) forced apart by the current system.

As a result job seekers get more customised, targeted and relevant training that actually matches what employers want.

The key point is that collaboration is more effective than competition.

The current system does not provide the support both job seekers and employers need. Technology will not fix its flaws. Indeed, it may further depersonalise a system which already too often treats people like commodities.