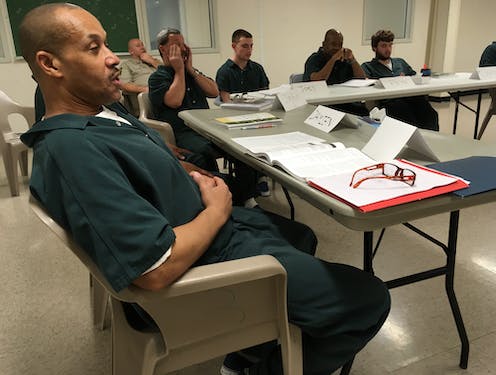 When the Obama administration launched the Second Chance Pell program in 2016[1], the idea was to provide incarcerated people the chance to get a college education despite a longstanding congressional ban[2] on Pell Grants for people serving time.

Pell Grants are federal grants for college students of limited financial means. The awards will be worth up to US$6,495 for the 2021–22 school year[3].

Even though Congress ended the federal ban in 2020[4], the lifting of the ban doesn’t fully take effect until July 2023.

That’s one reason why, on July 30, 2021, the U.S. Department of Education announced that it would be expanding[5] the Second Chance Pell Experimental Sites Initiative. Higher education institutions can apply to be considered for the 2022-23 academic year.

Specifically, the number of colleges and universities providing higher education under Second Chance Pell will reach 200[6]. That’s significantly more than the 130 sites[7] operating in 42 states and the District of Columbia as of 2020.

As someone who studies correctional education[8] and prisoner reentry[9], I see this expanded access to higher education in prison as something that will bring many benefits to not only the incarcerated individuals who get an education but to society as well.

Even before Second Chance Pell, prison education had already been proved as an effective way to prevent crime.

This suggests that the higher the level of education a person gets while incarcerated, the more likely they are to find work and pay taxes upon release.

There has been no large-scale study to test whether Second Chance Pell participation reduces re-offending and improves employment outcomes. However, a 2021 report shows that the first four years of the Second Chance Pell experiment yielded participation from 22,000 students, with 7,000 credentials awarded[16], including 3,499 certificates, 3,035 associate degrees and 540 bachelor degrees.

With declining college enrollments[17] across the country and the need to increase revenue[18], colleges may be more willing than ever to serve incarcerated students.

This willingness is likely to increase once the federal ban on Pell Grants to incarcerated students is fully lifted in 2023. These developments also come at a time when states are investing in opportunities[19] to provide more higher education to people in prison as a way to improve their social and economic mobility when released.