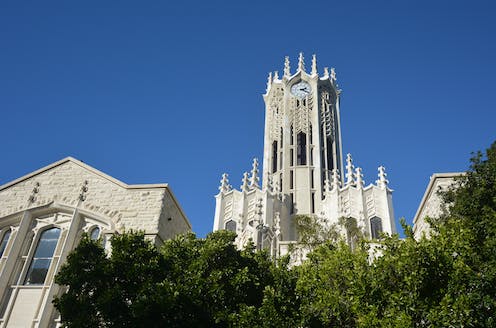 Two high-profile University of Auckland academics raised important questions about academic freedom with their complaint[1] to the Employment Relations Authority (ERA) that their employer had failed its duty of care to them.

Associate Professor Siouxsie Wiles and Professor Shaun Hendy have become well known for their work explaining the science behind COVID-19 and guiding the public and government response.

But not everyone has agreed with that response or valued their contribution, and the academics have been threatened by what they have called “a small but venomous sector of the public”. They argued the university had not adequately responded to their safety concerns and requests for protection.

The case has now been referred to the Employment Court and the outcome for all parties remains unknown.

My focus is on the initial determination[2] by the ERA, which referred to a letter from the university to Wiles and Hendy in August 2021 that urged them “to keep their public commentary to a minimum and suggested they take paid leave to enable them ‘to minimise any social media comments at present’.”

According to the ERA, this advice was “apparently given after [the university] received recommendations from its legal advisors to amend its policies so as to ‘not require’ its employees to provide public commentary, in order to limit its potential liability for online harassment.”

The ERA also noted the university “says that the applicants are not ‘expected’ or required to provide public commentary on COVID-19 as part of their employment or roles with the respondent, but it acknowledges they are entitled to do so.”

This issue is central to my concerns about academic freedom.

The academics argued that the university is statutorily required to “accept a role as critic and conscience of society” – as is set out under section 268 of the Education and Training Act 2020[3].

Universities routinely fulfil this role when academic staff and students state controversial or unpopular opinions and the results of their independent scholarship. Asking academics to step back from those roles to avoid risk seems to acknowledge that the threat derives from them doing their work.

The Auckland academics are not the first to receive threats because of their “critic and conscience” activities. In the US, my former boss Dr Anthony Fauci says he, too, has received death threats[5] from members of the public because of his work on the pandemic.

Less visible but still damaging threats or derogatory comments can come from within the university community, too. Systemic discrimination[6] based on gender and race[7] is well documented in academia. And increasingly, there are conflicts arising out of commercial interests in public research organisations.

Elsewhere it can be even more dangerous, such as the state-sponsored attacks on academics reported in Turkey[8]. As a fellow scientist, I empathise with colleagues forced into the spotlight by virtue of their expertise or conscience.

Uses and limits of institutional power

Universities provide an important protection of academic freedom by not using their power as employers to stifle opinion. But it’s not enough. Universities should be more active in enabling academics to fulfil their role as critic and conscience of society so that, as expected by parliament, academic freedom is “preserved and enhanced[9]”.

But there are also limits. No university in Aotearoa New Zealand has the scale to protect its students and staff from the concerted actions of a hostile country, a multi-billion dollar multinational company, or even the whispers of co-conspirators at coffee breaks during the ranking of grants.

What universities should do cannot exceed what they can do.

A coalition of government, universities, unions[10], staff and students needs to work together to redefine what can be done.

The government could reaffirm its commitment to critic-and-conscience activities by creating or re-purposing funding explicitly for these. Accountability will follow because universities would be required to expose that activity to public oversight.

The expectations of the university and the government to preserve and enhance academic freedom should become a normal conversation.

The risk is governments might want to influence what does and does not constitute being a critic and conscience of society, and use funding to stifle criticism of its policies. While this risk exists already, the temptation to constrain academic freedom could become stronger.

But balance would be provided by using the United Nations’ higher education declaration[12] as a benchmark, through the transparency of the funding accountability exercise, and the declared precondition the funding allocation process be subject to ongoing and open scrutiny by university staff and students.

Read more: Academic freedom is under threat around the world – here's how to defend it[13]

Universities would be expected to use their additional resources to enable students and staff, as safely as possible, to use their academic freedom for public service.

Jurisdictional responsibilities could be negotiated between universities and government so that, where appropriate, a threat requiring more than campus security would be covered by the country’s police or defence resources.

But students and staff have some responsibilities, too. The university community cannot and should not leave its own protection to others. It needs to take a greater role in self-policing prejudice, privilege and conflicts of interest within the academic community itself.

Confronting the ultimate holders of power[14] within their own academies and professional bodies will be the most painful action for members. But it would be worse for the community to fail in this and therefore do less as the critic and conscience of society.

If the use of academic freedom did not create risk, parliament would not have needed to legislate for its protection. But that risk should not be shouldered by Wiles and Hendy, or anyone else, alone.