In 2020, World Rugby undertook a painstaking policy process to address the issue of transwomen in rugby. This led to guidelines that exclude transwomen from competing in women’s rugby at the World Cup level — the first international sports federation[1] to do so.

The new guidelines don’t exclude transwomen from rugby completely, of course: they just specify that players must compete in the category of their birth sex, for reasons of safety and fairness.

Though controversial, the guidelines are fair, reasonable and supported by evidence. They offer the best way forward, not just for rugby, but for other sports.

I participated in the global symposium[2] in London where the guidelines were debated, as an expert on sports ethics. I’m a philosopher rather than a sports scientist, and I’ve done work for both the World Anti-Doping Agency and the International Olympic Committee in the past.

Many advocates for trans inclusion in the women’s game believe the right way to address this issue is to balance fairness against safety. But in this recently published paper[3] — drawn from my presentation to the London symposium — I argue such a “balancing” approach is seriously wrong. Instead, organisations like World Rugby should adopt a “lexical priority” approach.

This approach — first, do A, then B, then C — is better than an opaque attempt to “balance” all three at the same time. 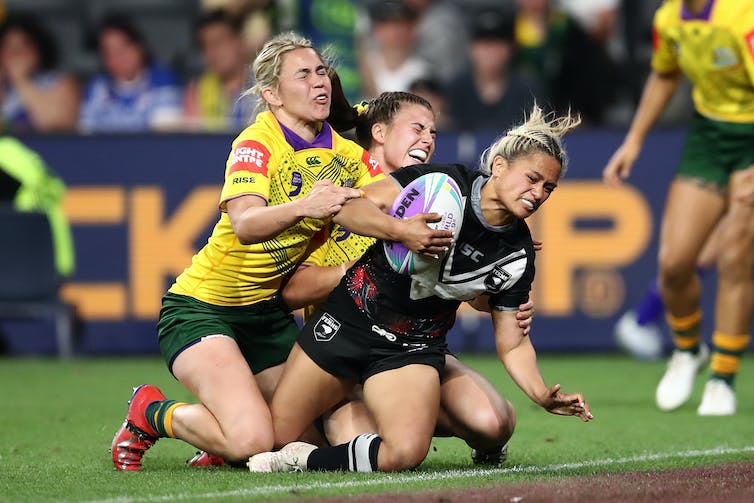 Scoring a try in the final between Australia and New Zealand in the Rugby League World Cup in 2019. Brendon Thorne/AAP

What about the science?

So much for the method. But what about the science? And how do they fit together?

There’s been a flurry of recent papers on the participation of transwomen in sport. In this one[5], which also was presented in London, developmental biologist Emma Hilton and sports scientist Tommy Lundberg review a large range of studies, and show the effect of hormone replacement therapy for transwomen is much less than would be needed to ensure a level playing field.

And in data presented by World Rugby[7], biomechanical modelling studies suggest that, in the women’s game, transgender players create head and neck forces 20-30% greater than elite women’s rugby players as a result of mass differences alone. This suggests a potential risk of injury to female players from transwomen players.

How does fairness fit in?

Let’s plug this into a lexical methodology. From the evidence, it doesn’t look as if transwomen competing in women’s rugby is safe. The increased forces generated by transwomen significantly raise the risk of serious and catastrophic injury to female players.

That should be enough, on its own, to make the guidelines appropriate for a collision sport like rugby. But let’s go on, for the sake of other sports, and talk about fairness.

When it comes to fairness, there are two arguments — what I call the “advantage argument” and the “range argument”.

Read more: World Rugby's ban on trans players has nothing to do with so-called 'fairness'[8]

The advantage argument says women’s sport is justified by the existence of the physiological advantages that being born male provides to men. Women’s sport necessarily involves the exclusion of those with male advantage. That’s the point of the category.

According to the range argument, however, lots of male-born people, including transwomen, are in the range of females. This means they are not necessarily faster or stronger than the fastest or strongest female athletes just because they were born male.

So, if transwomen are “in the range” of female athletes, then their inclusion in sport is still fair, right?

Wrong. The range argument rests on a misunderstanding of women’s sport. It is not a category for people who are a bit smaller, slower and weaker than the top males. It isn’t justified by performance or body metrics, but by the absence of a particular sort of advantage.

So the range argument is beside the point. If we are to have two classes of sport — male and female — then the division is justified by the existence of male advantage. Those who claim male advantage (including residual male advantage for transwomen) doesn’t matter are actually arguing for unisex sport. 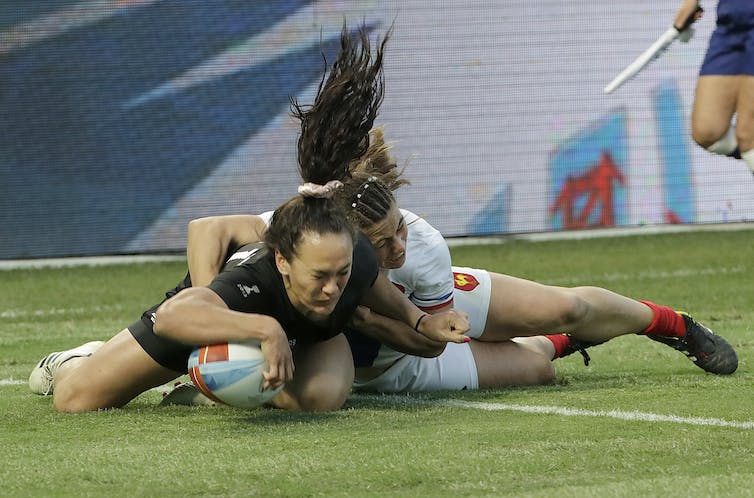 Where to from here for other sports

The evidence from the World Rugby deliberations is now in[9], and most of it can be read, analysed and subjected to critique by anyone.

While there will be no changes before the Tokyo Olympics, the IOC is currently in consultation[10] with international sport federations over the inclusion of transgender athletes, each with their own particular concerns.

The question is whether the IOC and other international federations respond to the latest research, or if they will continue to keep their heads in the sand.