The findings of the Intergovernmental Panel on Climate Change suggest Australia may have to jettison tracts of the bush unless there is a massive investment in climate-change adaptation and planning.

The potential impacts of climate change on employment and the livability of the regions have not been adequately considered. Even if emissions are curtailed, Australia likely faces billions of dollars of adaptation costs for rural communities.

As the IPCC’s Sixth Assessment Report[1] (published last month) makes clear, the climate will change regardless of any mitigation actions taken now.

Even under its modest conservative projections, worldwide temperatures will rise by 1.5℃. That may not sound like much, but it will double the frequency of droughts — from once every 10 years to once every five.

Read more: IPCC says Earth will reach temperature rise of about 1.5℃ in around a decade. But limiting any global warming is what matters most[2]

Climate change is already hurting Australian farmers. Compared with historical averages, agricultural profits have fallen 23% over the 20 years[3] to 2020. This trend will continue.

The Australian Bureau of Agricultural and Resource Economics and Sciences (ABARES) predicts a likely scenario is that overall farm profit will fall[4] by 13% by 2050. There will be significant differences between regions. Cropping profits in Western Australia, for example, are predicted to drop 32%. 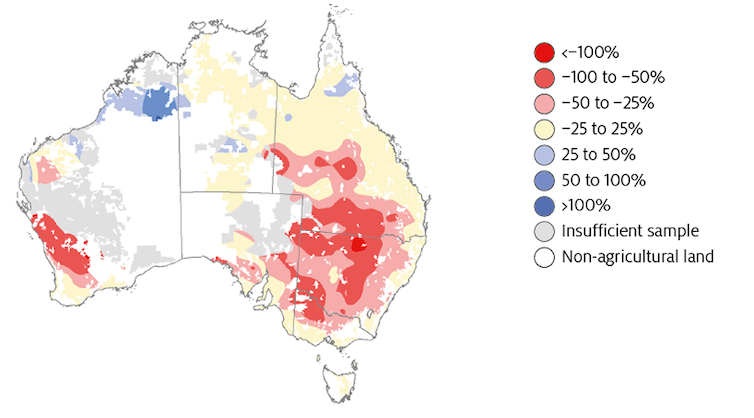 ABARES[5] With higher emissions, the reductions will be worse. Estimates of the fall in farm profits range from 11% to 50%. These changes go beyond the cycles of weather with which Australian farmers have always had to cope. Inconsistent water supplies, increased natural disasters and greater production risks will render agricultural production in many areas uneconomic. Due to these climatic changes agricultural assets, both land and infrastructure, could become virtually worthless – so-called stranded assets. No future without water Vibrant regional communities aren’t just about farms. They are interdependent networks of businesses, towns, public infrastructure and people. The effect of falls in farm income will ripple throughout these communities. Lower output will mean fewer jobs. If farms close, so will other regional businesses, leading to more stranded assets. Those affected could face displacement along with an inability to sell their homes and businesses. And of course these communities can’t survive without water. 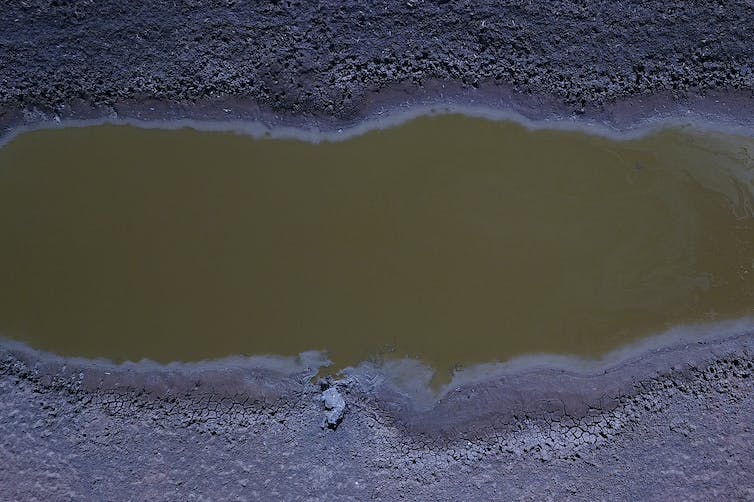 A water canal between Pooncarie and Menindee in western New South Wales in February 2019. At the time more than 98% of New South Wales was in drought. Dean Lewins/AAP So far development planning in Australia has not adequately considered the potential impacts of the climate on livability, especially in rural communities. This failure to account for climate change exacerbates the potential for stranded assets. For example, the NSW Auditor General reported in September 2020[6] that the state government had “not effectively supported or overseen town water infrastructure planning in regional NSW since at least 2014”. This contributed during the intense drought of 2019 to at least ten regional NSW cities or towns coming close to “zero” water. Read more: Helping farmers in drought distress doesn't help them be the best[7] Population pressures In some areas these water problems are being compounded by population growth. Consider, for instance, the NSW townships surrounding Canberra. In January 2020[8] the town of Braidwood (about halfway between Canberra and Batemans Bay) had to start trucking in water when its own water source, the Shoalhaven river, stopped flowing. Yet nearby Bungedore (about 50 km away) is building a new high school[9] due to population growth. 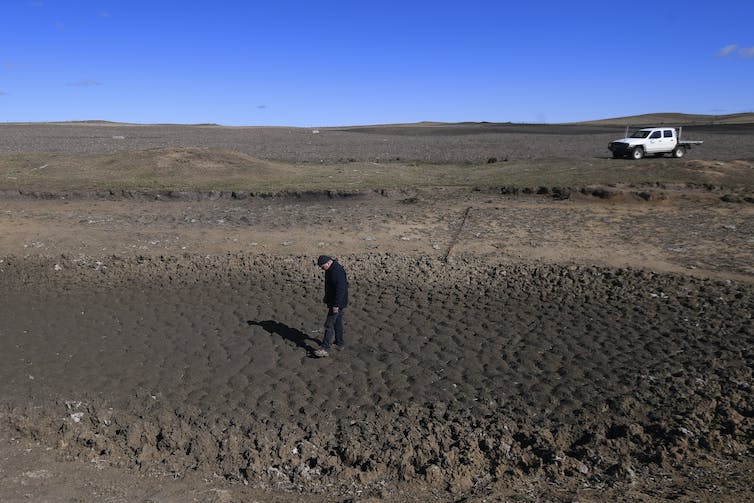 Farmer Ian Cargill stands in a middle of a dam on his property near Braidwood, NSW, in August 2018. At the time 100% of the state was drought-affected. Lukas Coch/AAP This “tree-change” trend, with people leaving cities in search of a better lifestyle and more affordable housing, is widespread. It appears to have been amplified by the COVID-19 pandemic, with figures showing net internal migration[10] of people out of Sydney and Melbourne. More investment in adaptation needed There is an urgent need for a comprehensive assessment by all levels of government of risks to livelihoods in agriculture and regional communities, and of the default risk on stranded assets. Budget projections need to account for climate-change adaptation and economic structural change. In last year’s budget the federal government committed to investing A$20 billion[11] “to ensure Australia is leading the way in the adoption of new low-emissions technologies while supporting jobs and strengthening our economy”. As important as this is, we must start planning and spending on adaptation. Read more: Australian farmers are adapting well to climate change, but there's work ahead[12] The A$1.2 billion over five years the federal budget[13] allocated for natural disasters is just the beginning. In some regions changed farming practices, subsidised insurance[14] and investment in water infrastructure may be enough. But proper infrastructure takes many years to plan, and to build. Some areas are going to become unviable. We will need deal with the loss of entire communities, and internal climate refugees. It is time to start budgeting for the costs of living with climate change, not just the costs of cutting emissions.